The United States could double visits from Brazil and Chile  in one year and  generate $10.3 billion in new tourism revenue. In 2010, 1.2 million Brazilians visited the United States, injecting $5.9 billion into the American economy. economy.That would mean creating 95,100 new American jobs.  What needs to be done? Extend to these countries the visa-waiver program.

Here is the catch. Remind me again: Why do Brazilians need to get a Visa to visit the US?

It has always been like that. As far as I can remember. Now the question is asked. The other day my colleague Ricardo raised the issue on a post about Brazilian tourism. This week, an interesting piece from Time Magazine argues that making it easier for Brazilian tourists would be good for American economy (and citizens!).   Tim Rogers article, “Let Them In: How Brazilians Could Help the U.S. Economy” informs us that Brazil represents the fastest-growing non-immigrant visa demand in the world, up 234% over the past five years, eclipsing even China’s 124% increase in U.S. visa issuances, according to the State Department. 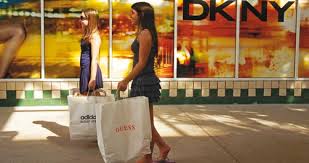 Brazilian tourists spend more per capita than any other nationality, says the  Time Magazine.  An average of $43.3 million a day, dropping a gigantesco $1.4 billion last April alone, up 83% from the same period last year, according to the Brazil’s Central Bank.

Be patient or go somewhere else

U.S. has only four consular offices in the country: in the capital Brasilia, Recife, Rio de Janeiro and São Paulo. What happens if you live in Porto Alegre? As Tim Rogers exclaims, you’d probably have to spend hundreds of dollars on domestic airline tickets to fly everyone 700 miles to São Paulo, then drop hundreds more on hotel rooms, food and taxis, just to get a visa application interview, which costs an additional $140 each.

In a time of “globalization”, does it make sense?

While the State Department claims the average international wait time for a visa interview is 30 days, in Brazil it can be as high as 141 days.

The overworked consular staff in São Paulo is currently processing an average of 2,300 visas every day, more than any other U.S. consulate in the world.

But if don’t want to endure a line in the American consulate, or expend money with consulate fees.. here is another idea of where to spend your “Brazilian real”. 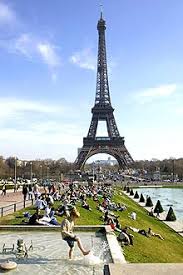 To visit this city, you don’t need a visa.

PS.. remember to give us your opinion about our blog (just to be clear: not only this post.. I mean, the blog). We appreciate it! And drop your comments below about this post, if you’d like to share your view.

7 thoughts on “The US could double visits from Brazil and Chile. Do they want to?”