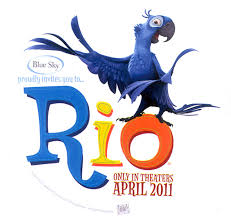 With an eye in the global market for animation, which exceeds U.S. $ 128 billion annually, Brazilian producers and studios are starting to prepare their internationalization.

The animation Rio topped the weekend box office of Pixar classics like Toy Story and A Bug’s Life , according to figures from Box Office Mojo . Most watched film in the United States in the last two weeks and most watched in Brazil in 2011, with 4.2 million viewers, Rio  puts in evidence the successful international career of Brazilian director Carlos Saldanha ( Ice Age 3 ).

Playing in a different league

The plan is to export stories with universal appeal and  with characters, sound tracks and scenarios acceptable in many cultures.
“The creative capacity of Brazil is enormous, but there was a lack of international entrepreneurial spirit. Now, we begin to see more initiatives,” said Marcos Magalhaes, filmmaker and professor at PUC-RJ on an interview to Jornal Folha de São Paulo. The ability to succeed in the international market goes beyond the universal content. It involves competition with companies such as American-Dreamworks “Shrek” and “Madagascar” – and Pixar’s “Toy Sory,” “Cars” and “Finding Nemo.” Distribution in theaters and home video are not easy tasks as well. 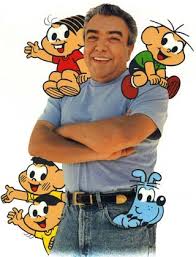 One example of the new formula “type export animation” comes from Mauricio de Sousa Digital Productions (MSDP). Sousa is the creator of “Monica”, a comic character that made it to Brazilian TV. With $ 15 million in joint investment, the company begins to create the first animation project with international ambitions.

A good opportunity to check the Brazilian animation is coming up in the next months. Brazil is home to the third-largest animation festival in the world – the Anima Mundi, which is second only to Canada and France. The 19th edition of Anima Mundi – International Animation Festival of Brazil -will take place in July 2011.

Edson Warren Soares is partner of War Consulting, a marketing specialist firm with focus in direct communications. He acted as creative director for major advertising agencies, such as Ogilvy and Draftwordwide in Brazil. He researches new trends and marketing strategies, while passioned about art and communication technology. Edson is member of the Brazilian Direct Marketing Association (Abemd) where he integrates the annual prize jury. View more posts