Germany is the fourth largest trading partner of Brazil. No wonder  President Dilma was invited to the opening of high-tech fair CeBIT in Hannover,  where Brazil will be country-theme. CeBIT is the largest technology fair in the world, with more than 4200 exhibitors from 70 countries.  Last year Brazil attended the fair under the theme “Nanotechnology in Brazil.”

While Brazilians are in Hannover promoting IT companies, Germans companies are “doing their thing” too. Here are two examples.

Duisport presents study on the Port of Santos

A study to improve access roads to the Port of Santos, from Sao Paulo, will be presented by the German company Duisport for President Dilma and Chancellor Angela Merkel. The project includes solutions for all modes of transport to a flow optimized and efficient handling of containers, cargo and goods. The Germans also have an interest in participating in the business of modernization of the Port of Suape, in Pernambuco. Duisport  manages the world’s largest inland port in Duisburg,

Siemens and the bullet train 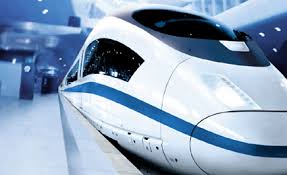 Siemens has an interest in the design of the bullet train between Campinas and Rio de Janeiro. The Germans also see business perspective in the sale of conventional trains to Brazil.

More on business with Germany check the program of the visit organized by Prof Paulo Pfeil.