The Financial Times piece “There is a big Gap in Brazil” tells us some reasons why GAP is not excited about the Brazilian market. High import taxes and not so expressive GDP growth are some of the reasons. 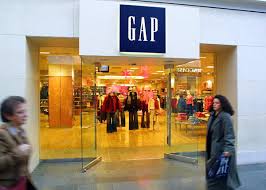 “Some simple maths illustrates why Gap might be leaving Brazil alone, for now. Last year, the average growth rate of all those Spanish-American economies listed above was 5.8 per cent. The Brazilian economy, although bigger than all of them combined, expanded at 3.8 per cent.

Then there are tariffs. On imported clothes, for example, Brazil’s are 35 per cent – before including regional duties, which are piled on top.

In Chile, total duties are just 2 per cent, Laban says, while in Panama they are of the same order – and Panama, with its excellent maritime and aviation links and the world’s second largest free trade zone, makes its a natural launch pad for much of the region too.

Of course, Spanish America has its laggards and protectionists too, such as Venezuela and Argentina. Brazil also remains too big and important a market for any multinational to ignore forever, as Gap acknowledges. But as Gap also shows, big is not necessarily always the best or easiest way to break into emerging markets. Small can be more beautiful – and more profitable too.”

One thought on “Is Gap snubbing Brazil?”