Brazilian fruit producers are in Dubai this week looking for business at Gulfood 2011, the largest food sector fair in the Arab. 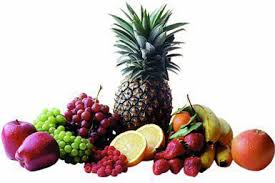 “Several companies are participating for the first time in the event, because they see an opportunity in the Arabic market of diversification of their exports destination, which is currently focused on the European Union and the United States”, affirms Valeska de Oliveira, executive manager of Ibraf.

The United States and the European Union currently represent over 80% of export of fresh and processed fruits from Brazil, however, according to a market study recently performed by Ibraf and Apex-Brasil, the bet for 2010 will be on market diversification, that is why countries that offer a good opportunity to Brazilian fruits and their derivatives were analyzed.  The list is composed mainly by the United Arab Emirates, Saudi Arab, England, Russia, Canada, and Hong Kong, among others.

From Brazil to the world

Thanks to a diverse climate, regular rains, plenty of solar energy and 12% of all available fresh water on the planet, Brazil is one of the largest food exporting forces in the world. In 2008, 42.6 million tons of fruits were produced in 2.2 million hectares divided all over the country. The production is focused on the Northeast, Southeast and South regions and main producers are the States of São Paulo, Bahia and Rio Grande do Sul. Another essential factor to develop Brazilian fruit farming is the development of proper technology for different regions in the country, becoming possible to product fruits during the entire year.

Brazilian fruit farming is based on small and medium properties, with high use of manpower and, it is responsible for 40% of job opportunities in the Brazilian agribusiness. Brazilian producers follow the guidelines of Good Agricultural Practices, which meet main requirements of environmental preservation, workplace safety and food safety required internationally.

In 2009, 785 thousand tons of fresh fruit were exported, the main fruits are: grape, melon, mango, apple, lemon, banana and papaya. When it comes to processed fruits, they grossed over US$ 2 billion up to November, 2009, highlighting oranges and cashew nuts.

The Brazilian Fruit Program is performed since 1998 by Ibraf, and has partnered with Apex-Brasil, aiming to promote Brazilian fruits and their derivatives overseas, consolidating the Brazilian image as a large producer and exporter of fresh and processed fruits with quality, diversity and healthiness.

In 1998, the Project began with the promotion of four fresh fruits, and currently aggregates over 20 fresh and processed products. The results of such initiative can be seen in the exporting outcomes: in 1998, 296 thousand tons of fresh fruits were exported, and in 2008, the volume skyrocketed to 888 thousand tons.

In addition to export increase, it is also stressed past years’ increased number of exporting companies, of exported fruits and their respective countries of destination.