Project “Brazilian Fruit” exceeded a lot the expectations for Gulfood 2011. 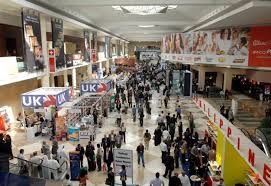 Businesses were closed on the order of $ 7.5 million in the event, which represented an increase of 226% compared to last year. The number of contacts also increased about 40%, both in the booth visitations and contacts made. The organization’s estimate is that over the next 12 months the show manages more than $ 15 million in business.

Brazilian entrepreneurs highlighted the importance of continuing the project, which this year recorded the fourth consecutive participation.  According to Ivan Barbosa Exports of Mines, a unit of economic department of the State of Minas Gerais: “People are delighted with the diversity of fruits produced in the country, which stands out even by the size, taste and color.”

Brazilian pallet of fruits still unknown to the international consumer

Fruit still unknown to the foreign market, such as acai, graviola, and atemoya cupuaçu, drew much attention from visitors by the difference and exotism. Already the traditional fruits such as grapes, lemon, orange, passion fruit and mango also attracted buyers interested in quality products.

Hildete de Moraes Vodopives is founder of Brazil Global and of the Harvard Strategists Group. She is a fellow researcher of the Centre Roland Mousnier at the Sorbonne University and a member of the Brazilian Investment Analysts Association (APIMEC-Rio), where she served as Corporate Relations Director and later, on the board. Hildete advises companies and investment agencies in international business development.
View all posts by Hildete Vodopives →
This entry was posted in Brazil, Business, Life and tagged agriculture, Apex, Dubai, Export, Fruit, Gulfood, Ibraf. Bookmark the permalink.