Brazil: our highlights of 2012

Posted on December 28, 2012 by Hildete Vodopives

2012 was a year of contrasts for Brazil. To start with, FDI was record  but the country is not cheap anymore. Momentum is still positive. 7 out of 10 business leaders  interviewed by the E&Y attractiveness survey point Brazil as the most attractive place to establish operations in Latin America. Is it a good result? Considering the size of the Brazilian economy, we probably could do better.

Brazil is theme of event in Paris

The E&Y survey indicates that a large majority (over 80%) of respondents believe Brazil’s attractiveness will improve over the next three years. No doubt, interest is high. Cities like Paris, London,  Vienna and Ljubljana in Slovenia hosted events about Brazil. Investors are eager to hear the Brazil story. But they also want to hear about the risks and pitfalls.

Here is out take of the main events of the year, a mix of advances and some backsets.

The new Brazilian middle class is growing fast and moving the economy. In the last 10 years, 35 million Brazilians joined the middle class making this group the 18th largest consumer power in the world. Back in 2001, it accounted for 39% of Brazilians, today it comprises 54% of the population, or 104 million people.  A market of 1 trillion dollars according to Data Popular. 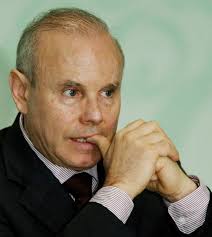 Brazilian GDP decelerated in 2012.  Brazil’s third-quarter GDP disappointed analysts with 0.6% versus a market consensus of 1.2%.  revisions in GDP growth forecasts for both this year and 2013.

Private consumption was up 0.9% but  investment decreased  (-2.0%) and government spending (+0.1%) came as the main surprises, according to ITAU BBA research.

One must asks if the lack of “quality” investment during the Lula’s years starts to show.

A good year for the fight against corruption and impunity 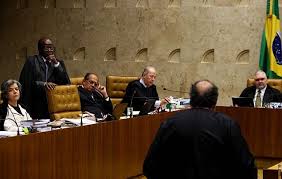 The Supreme Court trial was broadcasted live on TV.

The Mensalão trial by the Supreme Court brings impunity to the front page and engages all the society.

The Economist on the issue: “The trial, and its outcome, demonstrated the growing ability of police, prosecutors and courts to hold politicians to account.”

But surprises on the front of demagogy rises 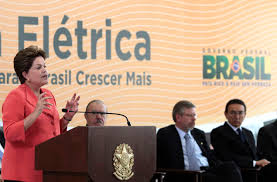 One month before the city elections president Dilma announces cuts to federal levies on energy production aiming to reduce consumer energy costs in 16%  and up to 28 % for some in the industrial sector.  Investors and even state controlled companies could not believe what they heard. The image of a country that respects contracts was not easily obtained. It took many years to convince investors that Brazil is a safe harbor. Acts like this are extremely harmful to investments.

As pointed out by the research team of ITAU BBA:

“We’d rather go to Las Vegas. Over the past three months, trading Brazilian utility stocks has been much like gambling in a casino, except that it was probably much less fun.”

The second part of the federal government’s plan for investments in logistics targeted port investments. Good intentions toward the competitiveness in the sector and to consequently develop Brazilian logistics (and the economy) as a whole.

The program contemplates the termination of entry barriers and the modernization of infra-structure and port management. It aims also to improve cargo handling coupled with cost reductions.

The initiative is key to Brazilian exporters and to the country’s competitiveness.

Brazil continues to score poorly in the World Bank ranking on Ease of Doing Business. The country went down two places from 128 to 130! No wonder the remarks made by an EDF executive on costs of doing business. (check Joe’s post based on The Economist piece about Brazil cost).

The London 2012 Olympics launches the attention towards Rio and the city holds events to attract global investments to the region. From infrastructure to embellishment of the port, an ensemble of projects pose investment opportunities.

Hildete de Moraes Vodopives is founder of Brazil Global and of the Harvard Strategists Group. She is a fellow researcher of the Centre Roland Mousnier at the Sorbonne University and a member of the Brazilian Investment Analysts Association (APIMEC-Rio), where she served as Corporate Relations Director and later, on the board. Hildete advises companies and investment agencies in international business development.
View all posts by Hildete Vodopives →
This entry was posted in Economy, Life, Politics and tagged Data Popular, Dilma Rousseff, energy, FDI, GDP, Mensalao, middle class, survey, Utilities. Bookmark the permalink.

2 Responses to Brazil: our highlights of 2012