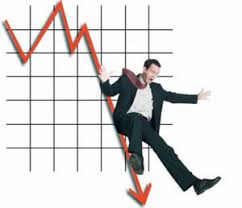 Brazil’s third-quarter GDP disappointed analysts with 0.6% versus a market consensus of 1.2%.  revisions in GDP growth forecasts for both this year and 2013.

Private consumption was up 0.9% but  investment decreased  (-2.0%) and government spending (+0.1%) came as the main surprises, according to ITAU BBA research. What did well? Agriculture sector with 2.5% while the industry did reasonably well: 1.1%. Service activity stood flat.

And what is holding Brazil back? What about this:

More than a third of all that Brazil produced in 2011 went to pay taxes.

According to figures released by the Brazilian IRS, the tax burden last year accounted for 35.31% of the GDP, the highest percentage ever recorded! It is up 2% compared to 2010.  So far greater tax burden had been recorded in 2008, when the percentage reached 34.54%. As the figure  shows, every Brazilian works 4 months and 25 days for “government”s  (federal, state and city).