The Rio Earth Summit of 1992 was a landmark in Latin America in terms of institutional changes towards sustainability goals. For now, we don’t know much on what impact will have Rio+20 in the debate. But we can try to interpret the headlines. Here is my take.

Absences of Obama (US), Merkel (Germany) and Cameron (UK) were noticed in president Dilma’s opening speech: “we must respect the environment even in times of crisis”.

Almost one third of Rio+20’s is being financed by the private sector, a model not completely approved by ONU. 145 million reais come from companies like Petrobras, Eletrobras and Vale, according to Journal Valor.

International treaties announced with other BRICS 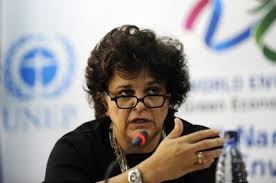 Brazil will sign sustainability agreements with China regarding marine ecosystems and oceans and with India, in relation to biodiversity. The announcement was made by Izabella Teixeira, Brazil’s environment minister.

A report from the Brazilian industry confederation (CNI) accounts that the Brazilian industry made considerable progress in sustainability in the last 20 years, mostly due to innovation. The study looked into the sectors of energy, aluminium, paper and celulose, chemistry, electronics, food, textil, automotive, construction, forest, steel, mining and oil.

Hildete de Moraes Vodopives is founder of Brazil Global and of the Harvard Strategists Group. She is a fellow researcher of the Centre Roland Mousnier at the Sorbonne University and a member of the Brazilian Investment Analysts Association (APIMEC-Rio), where she served as Corporate Relations Director and later, on the board. Hildete advises companies and investment agencies in international business development.
View all posts by Hildete Vodopives →
This entry was posted in Life, Politics and tagged Angela Merkel, China, CNI, Ecology, Germany, India, International, Obama, Politics, Rio de Janeiro, Rio+20, Sustainability, United Kingdom, USA. Bookmark the permalink.