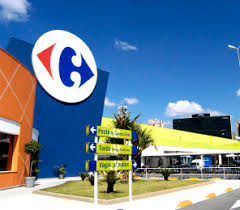 Two recent news about Carrefour’s operations in Brazil. A possible merger with Grupo Pão de Açucar and the deal with Itau Unibanco, which bought 49% of the French retailer’s bank.

According to Dow Jones in Paris, Carrefour SA may seek to merge its Brazilian unit with Brazil’s largest retailer – Grupo Pao de Acucar.  Carrefour has faced  “mounting pressure on the French retail giant to increase the value of its assets ahead of a shareholder meeting next month.”