In a speech during the World Economic Forum in Boao, China, the president Rousseff highlighted the benefits of investing in Brazil. For her, the country is the place to be applicable in various sectors because there is a combination of factors that promote investments, such as economic stability and accelerated growth. along with democratic rule of law and respect for human rights.

And a multipolar world

On the fourth day visit to China, the president said in the new multipolar world, there is no room for single models. “We do not seek unanimity and unique models. The consensus of recent history under the aegis of the market, which supposedly never fail, proved fragile as a house of cards,” said Dilma an audience of businessmen, officials and political leaders, among them China’s president, Hu Jintao. “There are great opportunities in Brazil,” he added. 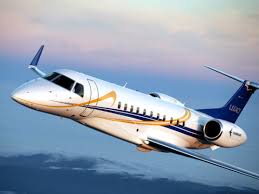 Petrobras signed agreements with Chinese companies Sinopec and Sinochem. Contracts will allow Petrobras to explore oil reserves that are difficult to extract and start the exploration of two blocks off the coast of Pará and Maranhão.

Taiwanese firm Foxconn will investment U.S. $ 12 billion in Brazil in an industrial complex aimed at producing next-generation liquid crystal screens and assembly of electronics devices that use these components, such as tablets, mobile phones and HDTVs.

2 thoughts on “Business at the BRIC Summit in China”