How would you like Dilma, Mategna and PT to run Vale?

Rumors that Brazilian federal government aims to replace Roger Agnelli, Vale’s CEO, have been surrounding the market for a long time. Yesterday, minister Guido Mantega, representing the Federal government as one large shareholder, officially requested Bradesco, another large shareholder, the substitution of Roger Agnelli as Vale CEO, according to Estado broadcast agency. 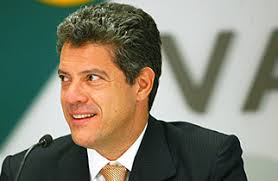 Supposedly, the government wants Vale aligned to its policies.  According to Bank Banif, ” the Government wants to have a company, in which it does not hold control and with a majority of private investors, to follow its directives.” Is it a good thing for the company and for the country?

Vale is the subject of my master in history. It is funny because for the last 2 months I have been looking into the company’s privatization and the role of the state. Well, what do I think..? to be continued.. (but please take 2 seconds and share your view with us below)

Hildete de Moraes Vodopives is founder of Brazil Global and of the Harvard Strategists Group. She is a fellow researcher of the Centre Roland Mousnier at the Sorbonne University and a member of the Brazilian Investment Analysts Association (APIMEC-Rio), where she served as Corporate Relations Director and later, on the board. Hildete advises companies and investment agencies in international business development.
View all posts by Hildete Vodopives →
This entry was posted in Brazil, Politics and tagged BNDES, Bradesco, Bradespar, Dilma Rouseff, Guido Mantega, Littel, Mitsui, Previ, PT, Vale. Bookmark the permalink.

2 Responses to How would you like Dilma, Mategna and PT to run Vale?