Posted on January 21, 2011 by Hildete Vodopives

Great expectations surround Brazilian IPOs in 2011. After a 10% rise last year, investment bankers are forecasting a more mature and busy year for IPOs in Brazil. We collected two significant points of view from the Brazilian market: ITAU BBA and Banco Pactual.

In 2010, 11 Brazilian companies conducted IPOs and raised $6.5 billion. It is important to remember that last year,  investor demand was essentially sucked up by Petrobras. The Brazilian state oil company raised $70 billion in a follow-on offering that was the biggest equity offering ever.

What they expect for 2011 IPOs

According to Fernando Iunes, ITAU BBA‘s head of investment banking, “The Brazilian IPO market is going to have a more active year than previous years,”.  Iunes projects that Brazilian companies will conduct between 40 to 50 equity offerings in 2011, maybe 25 of which will be IPOs that will raise as much as $20 billion. He expects Brazilian companies to raise $10 billion in follow-on offerings in 2011. CiasBrasil. 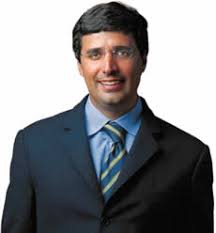 Andre Esteves, head of Banco Pactual declared recently that unlike previous years when the IPO fever occurred in Brazil,  investors are now more prepared to assess operations so it is not likely to experience  the euphoria that occurred some years ago,  he said. Without giving out  names, the executive of BTG said in an interview to Jornal Estado de São Paulo  that even companies in the infrastructure sector may surprise the market and go public this year.

The good performance of  startups stocks  that went public last year should contribute to the demand for new IPOs, experts say. Nine out of ten companies that went public in 2010 had higher return than Ibovespa – main stock index, according to Estadao.

Hildete de Moraes Vodopives is founder of Brazil Global and of the Harvard Strategists Group. She is a fellow researcher of the Centre Roland Mousnier at the Sorbonne University and a member of the Brazilian Investment Analysts Association (APIMEC-Rio), where she served as Corporate Relations Director and later, on the board. Hildete advises companies and investment agencies in international business development.
View all posts by Hildete Vodopives →
This entry was posted in Brazil, Business, Investment and tagged Banco Itau, Banco Pactual, capital markets, IBOVESPA, IPO, ITAU BBA, stock exchange. Bookmark the permalink.