Iberdrola Agrees To Buy Brazil Elektro For $2.4B 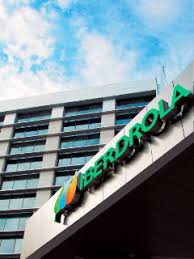 A Spanish company, Iberdrola, has agreed to but Brazil’s Elektro for $2.4B. Nonetheless, the deal needs regulatory approval, expected to be completed in three to six months.

The optimistic writer of this blog hopes that the government will not stop this deal. I expect that this deal will help to reduce the outrageous electricity costs, one of the main bottleneck of our economy. (As you can view in our recent post about Infrastructure Challenge).

Elektro was founded in 1998 and distributes electricity to 2.17 million clients, mostly in the State of Sao Paulo.

Ricardo was born and raised in Brazil but also has Italian citizenship. He holds a bachelor’s degree in business management from Fairleigh Dickinson University. This erratic blogger is a master candidate in Paris at ESCP-Europe, but presently in a gap semester. He speaks five languages and has worked as project manager for Bolloré Group in Guinea Conakry, West Africa and as agricultural commodities trader for Noble Group in Switzerland, Hong Kong, Argentina, Paraguay, Uruguay and Brazil.
View all posts by Ricardo Geromel →
This entry was posted in Brazil, Private Equity / Venture Capital and tagged Brazil, electricity, Elektro, Iberdrola, Infrastructure. Bookmark the permalink.