Posted on December 1, 2010 by Hildete Vodopives 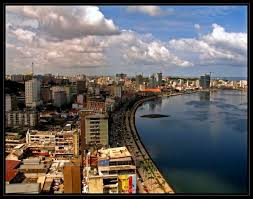 The first Business Centre Apex-Brazil in Africa was launched this week in Luanda, Angola. The Centre will  enter into full operation in March 2011 and targets to expand Brazilian company’s participation in the reconstruction process of Angola, as well as to facilitate investment and operation of Brazilian companies in the African market.
“We are opening a new period in bilateral relations between Brazil and Angola.Relations which have intensified in recent years, “said director of Apex-Brazil, Richard Schaefer, during the launching ceremony of the Business Centre, which was attended by Angola’s Minister of Economy, Maria Idalina de Oliveira Valente, and the ambassador of Brazil in Luanda, Ana Lucy Cabral Petersen.

Parallel to the launch of the Business Centre, Apex-Brazil signed a cooperation agreement with the Central Purchasing Angola (CENCO), responsible for the Programme for Restructuring the System of Logistics and Distribution of Essential Goods to the Population (PRESILD).

An emerging continent in need of service

The economy minister of Angola, Maria Idalina, stressed that the BC will encourage  use of Brazilian know-how, technology and innovation, allowing the country to become the gateway to a much wider market.”Angola needs initiatives like this, it diversifies the source of our products and help us to improve the quality of our production,” she said.

Trade Flow with Brazil
Apex-Brazil is present in Africa, and particularly in Angola since 2003, with various business promotion activities, including trade missions, business roundtables and national fairs such as the International Fair of Luanda (FILDA).

Parallel to the launch of the Business Centre, the Trade Ministry of Brazil and the Apex-Brazil organized a Trade Mission to South Africa and Angola, which brought together 25 Brazilian companies.

Hildete de Moraes Vodopives is founder of Brazil Global and of the Harvard Strategists Group. She is a fellow researcher of the Centre Roland Mousnier at the Sorbonne University and a member of the Brazilian Investment Analysts Association (APIMEC-Rio), where she served as Corporate Relations Director and later, on the board. Hildete advises companies and investment agencies in international business development.
View all posts by Hildete Vodopives →
This entry was posted in Business, Politics and tagged Africa, Angola, Apex, Business. Bookmark the permalink.