Stocks in Brazil – December Outlook compromised by concerns in Europe

Posted on December 2, 2010 by Hildete Vodopives 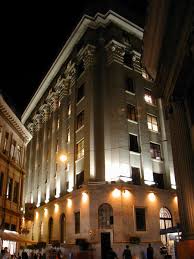 Concerns about Europe should affect stock market performance in Brazil this month. That is what we learn from the reports of Banif and Bradesco Corretora. Companies with greater exposure to domestic market are pointed as safe ports.

While key indicators of economic activity in Europe, USA and Asia point to an acceleration of growth in 4Q10, prospects for the international environment up to the year-end cause concern, since chances are that the problems affecting some of the “peripheral” countries in the Euro Zone as well as the USA will continue to weigh on the financial markets. In the Euro Zone, Ireland is likely to remain a major source of volatility in the next few weeks due to the instability of its financial system and the political debility of its current administration.

Nevertheless, even more relevant is the renewed market pressure on Greece, Portugal, Spain and Italy, which has led to the resurfacing of fears on the future of the Euro. Meanwhile, in the USA, legislation on temporary tax breaks to individuals expires at the end of this year and must be renewed. However, the Obama administration is likely to face difficulties in rapidly getting this from the new Congress. In all, despite the possible positive news from the economic front, the international environment is likely to weigh on the financial markets.

Main local risk is the deterioration of inflation expectations, while doubts on the economic policy mix might bring volatility

In Brazil, Dilma’s election was expected to maintain a high degree of economic predictability and indeed, the appointment of the new administration’s economic team underscores the perception of continuity. However, some contradictory signs have generated doubts regarding the economic policy mix in the new administration. For example, the pro-cyclical structure of government spending is not aligned with the supposed goal to reduce real interest rates to around 2% to 3% in coming years. Another example of contradiction is Dilma´s  commitment to control inflation vis-avis the pressure on the integration between the Central Bank and the other economic authorities, which might reduce the BCB´s autonomy.

In this context, a decision on the minimum wage, to be taken by the end of the year, and the Central Bank´s attitude towards the deterioration of inflation expectations are key factors and could lead to an increase in market volatility.  Hence, from the point of view of the macro-economic agenda, prospects for the financial markets in the next few weeks appear more uncertain than usual.

In the face of this, we have changed our portfolio by reducing its size by two names, eliminating CSN and Tractebel. We have also substituted Guararapes for Lojas Americanas so as to reap the benefits of Christmas more efficiently, and we have also increased the weights of Bradesco and Hering (both from 5 to 10%).

In our view international factors are still what mostly drive the scenario for the Brazilian markets. Despite the country’s important political moment with Dilma Rousseff taking office as President on January 1, we believe the most significant developments in the short-term for market players have already happened, and that the market will now wait for action. The incoming administration’s economic team has been announced, with their initial speech meeting market expectations.

The scenario in Europe deteriorated significantly in November and was clearly one of the main drivers for the markets’ weak performance last month (-4.2%, measured by the Bovespa Index). Even after a rescue package for Ireland, expectations have not improved, with the focus shifting to other countries such as Portugal and Spain, and the European financial markets continuing to show signs of stress. Meanwhile, we believe China is just starting a long process to curb inflation and the financial excesses created in 2009/2010. This will demand from authorities much more than tough rhetoric. For 2011 we expect tougher regulatory measures and a series of interest rates hikes in China. We do not anticipate the US economy being a major driver in the short term.

Our approach in selecting the top 10 stocks for our focus list remains the same. We prefer mostly domestically-related stories. For December we have removed 4 stocks from our portfolio – BR Properties, Cosan, Light and Suzano – and added Drogasil, Fleury, Lupatech and SulAmérica. In November the top three performers from our portfolio were BR Properties, up 18.9%, Cetip, up 12.0%, and Pão de Açucar, up 6.6%. The main losers were Gafisa, down 15.4%, OGX, down 10.8%, and Suzano, down 8.0%.

Hildete de Moraes Vodopives is founder of Brazil Global and of the Harvard Strategists Group. She is a fellow researcher of the Centre Roland Mousnier at the Sorbonne University and a member of the Brazilian Investment Analysts Association (APIMEC-Rio), where she served as Corporate Relations Director and later, on the board. Hildete advises companies and investment agencies in international business development.
View all posts by Hildete Vodopives →
This entry was posted in Economy, Investment and tagged Banif, BM&F BOVESPA, Bradesco Corretora, Euro zone, Europe, Greece, IBOVESPA, Italy, Portugual, Spain, USA. Bookmark the permalink.