Posted on November 26, 2010 by Hildete Vodopives 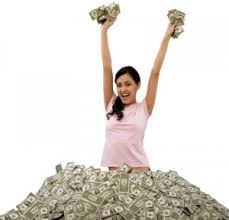 In June, the Boston Consulting Group report announced that Brazil had over 127 thousand millionaires. The last data from ANBIMA shows that it has gone up again.

This week the Brazilian Association of Entities in the Financial and Capital Markets (Anbima) has estimated that Brazil has around 150 thousand people with more than R$million in financial investments.

How those millions are allocated

Not to forget that prices are skyrocketing in Brazil as well.  Fueled by services and food prices, the November IPCA-15 flew 0.86% month-on-month while the year-on-year change rose from 5,20% to 5.47%.

For example, refurbishing an old home is getting more expensive, as building material prices soar. Sand is already 37% more expensive on a year-on-year basis, while cement is up 7.5%, and bricks, up 14%, according to a  report released by Bradesco Corretora this week.

The rise of private banking is another evidence of the growing Brazilian wealth. (check our post of 19 nov)  More and more financial institutions are offering investment alternatives to the new millionaire of the tropics.

Hildete de Moraes Vodopives is founder of Brazil Global and of the Harvard Strategists Group. She is a fellow researcher of the Centre Roland Mousnier at the Sorbonne University and a member of the Brazilian Investment Analysts Association (APIMEC-Rio), where she served as Corporate Relations Director and later, on the board. Hildete advises companies and investment agencies in international business development.
View all posts by Hildete Vodopives →
This entry was posted in Brazil, Investment, Life and tagged ANBIMA, BCG, Bradesco Corretora, high net wealth, milionaire. Bookmark the permalink.