I just came across some photos I took in 2010. They show a number of magazines that had Brazil in their cover. All of them were quite positive about the potential of Brazilian economy.

Brazil: now is the moment

Brazil: the country were the left got it right

The French magazine Le Point had nothing less then: Brazil, the new Eldorado. 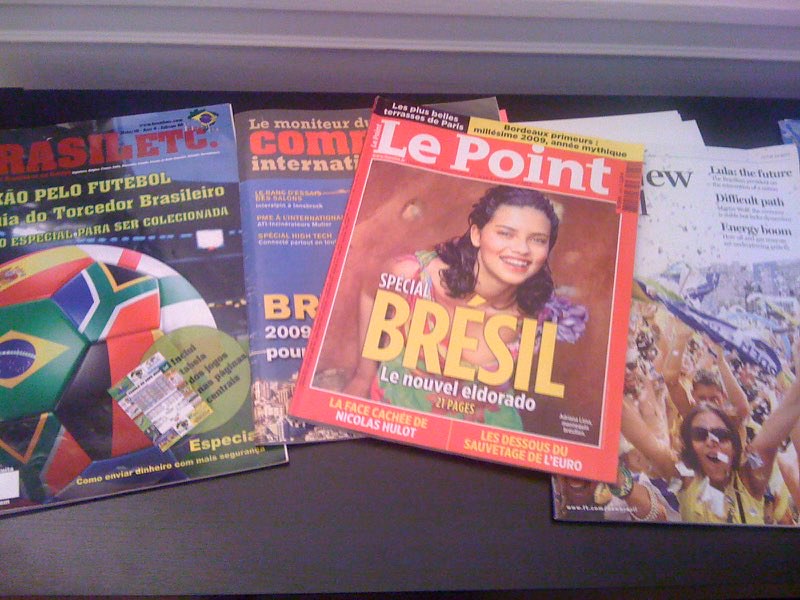