Following the example of other universities around the world, the University of São Paulo (USP) launches an unprecedented program of internationalization. The program, called: “USP International” aims to strengthen the University’s presence abroad with offices in London, Boston and Singapore.

Thinking about the future

“I think that internationalization is a matter of life or death for the USP,” says Leandro Piquet, professor at the Institute of International Relations  in an interview to the Jornal do Campus.  Piquet is a member of the advisory group which discuss issues such as power relations, foreign policy consequences of globalization. “Either we enter into the global knowledge mind frame, or we will be left behind. Few things are more important at the time, “he adds. 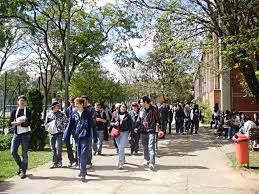 The Universidade de São Paulo (USP)  is the largest Brazilian university, with 90 thousands students and 11 campuses, four of them in São Paulo. The other campuses are in the cities of Bauru, Lorena, Piracicaba, Pirassununga, Ribeirão Preto and two in São Carlos. .  USP is a prestigious institution that accounts for more than 25% of the academic articles published by Brazilian researchers, according to Wikipedia. It is also public and one of the most difficult high education institutions to be accepted in.

The University has already approximately 700 agreements with foreign institutions. Around 1,900 Brazilian students outside Brazil and  1,200 foreign students at USP.  According to John Paul Candia, professor of the International Relations Institute  these are numbers that tend to increase. “It’s something that in the past four or five years has gained much strength. The University’s efforts in this area have shown results. (Source: Jornal do Campus)

Did you google “USP International”?

The global approach is of course, more complex. First problem: someone might have the name you wanted to use. I am afraid that is what happened to USP International. If you google it, you will find the University of South Pacific, not the Universidade de São Paulo.

Hildete de Moraes Vodopives is founder of Brazil Global and of the Harvard Strategists Group. She is a fellow researcher of the Centre Roland Mousnier at the Sorbonne University and a member of the Brazilian Investment Analysts Association (APIMEC-Rio), where she served as Corporate Relations Director and later, on the board. Hildete advises companies and investment agencies in international business development.
View all posts by Hildete Vodopives →
This entry was posted in Culture and tagged globalization, internationalization, Sao Paulo, University, USP. Bookmark the permalink.