Brazil is the 39th destination on a ranking for international tourists, according to World Tourism Organization (WTO).  The country received 5.1 million visitors in 2010. A shame if compared to other BRICs: China (81 million), Russia (23.7 million) and India (5.3 million).

So the question – could it do better? – has an easy answer. Huge YES. Now, what is the plan?

An article published this week in Jornal Valor concludes that tourism in Brazil is a profitable activity with great potential for growth. Government invested R $ 29.36 per tourist in 2010 and got R $ 1,282.94 in return. Well, is it profitable or is it a lost opportunity? Shouldn’t Brazil do better in terms of tourism?

Most tourists are Brazilians 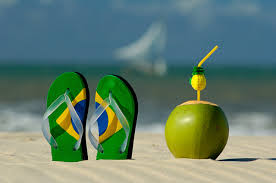 Brazil had about 55.1 million tourists in 2010. Only 5.1 million were foreigners. Still foreigners are the ones who spend the most: an  R $ 2,044 on average. Brazilians however, account for only R $ 1203. Considering the international tourism, foreigners spend in South Africa the double they do in Brazil, three times in Russia and 13 times more in China.

The increase in income in Brazil had a huge impact on the number of trips abroad, according to a study of the Conferação Nacional de Serviços (CNS). In the period of 2004-2010 foreigners expenditure in Brazil grew 84%,while expenses of Brazilians abroad rose 471%. The deficit in 2010 was $ 10.5 billion.

Public investment is target of critics.

Money is spent without prioritizing the main destinations. Sergipe, for example, received $ 80 million of public funds for tourism in 2010 – behind only Ceara, Pernambuco, Bahia and Sao Paulo – but the state does not correspond in attracting tourists.

Luigi Nese, president of CNS, believes that a good strategy for the country attract more foreign tourism, would be to concentrate investment in poles of great attraction. “Money is not necessarily poorly managed, but we sprayed the few resources we have for the entire country, rather than focusing on 15 cities with great potential for tourism and good infrastructure.”

The Ministry of Tourism agrees.

According to the executive secretary, Simon Valdir, the government prepares a plan for projects aligned with the National Tourism Plan. “We organize a database of projects that are strategic to the tourism in Brazil and 65 that focus on key destinations, including all state capitals.”

The parlement finger on tourism budget

Two-thirds of federal funds intended for tourism are allocated through parliamentary amendments. The government’s intention is to support projects that receive public money and coordinate them with initiatives made abroad. “We want to know the expectations of the tourist source countries to try to customize our services and attractive that audience,” says Simon.

The most expensive hotels in the world

Hoteis.com Site Survey, which operates in the lodging reservations, indicates that in the last year compared to 2010, the city of Rio was the destination with the highest price in the world in five star hotels, with a average tariff of U.S. $ 1,178 per night. (O Globo)
Enrico Torquato, president of the Brazilian Association of Hotels (Abih), explains that several factors contribute to the tariff sector is expensive and uncompetitive with other international destinations. “The tax burden slay our hotel network.

The second major deficiency indicated by the study of CNS in the promotion of international tourism in Brazil is the price of airline tickets. The sector, however, says it has reduced the margin, but you need to pass on increased fuel prices. Over the past two years, the price of kerosene increased by 51.64%.

“The airport infrastructure also does not absorb the demand,” says Jorge Onorio, from the National Union of Air Companies (SNEA). “When the aircrafts are waiting for space on the gangplank, they are consuming fuel with the engine running. This is another reason for the cost increase.”

3 thoughts on “Tourism in Brazil: could it do better?”