In Geneve, worries about Brazilian protectionism 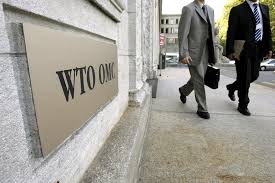 According to the  International Chamber of Commerce (ICC), most G-20 countries – which gathers both the largest developed and emerging economies – have adopted more protective measures. But an ICC index points Brazil as the most protectionist in the G-20, with more restrictive trade policy than countries such as Argentina, China and Russia.

” Brazil has an important economic growth, but at the same time is a less open market we’re seeing,” said in an interview the vice president of ICC, Harold McGraw III.

On the other hand, Pascal Lamy, director of WTO, said the organization is monitoring what happens in global trade but so far, no country has imposed import tariffs beyond what promised to adopt in multilateral agreements. 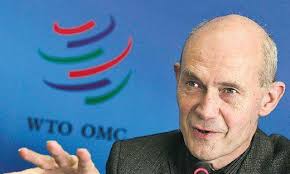 In fact, Brazil has average import tariff of 10%, but may increase rates to 35% without breaking WTO commitments.

On the other hand, Lamy seems to be more circumspect about the argument that protection in Brazil is necessary because of the currency war. ” The relationship between the level of exchange rate and trade flow is extremely complex,” he said. Source: Assis Moreira | Jornal Valor.

Go further on the topic

FT blog  (Sept 16, 2011) on the recent 30-point increase in the country’s industrial-product tax on cars on account of the Brazilian currency depreciation.

Insurers of Europe  (Jan 13, 2012) highlights the danger of Brazilian protectionism.

Also Joe’s post about The Economist on Dilma Presidency

Hildete de Moraes Vodopives is founder of Brazil Global and of the Harvard Strategists Group. She is a fellow researcher of the Centre Roland Mousnier at the Sorbonne University and a member of the Brazilian Investment Analysts Association (APIMEC-Rio), where she served as Corporate Relations Director and later, on the board. Hildete advises companies and investment agencies in international business development.
View all posts by Hildete Vodopives →
This entry was posted in Business, Economy, Event, Investment, Politics and tagged G-20, ICC, Switzerland, trade, WTO. Bookmark the permalink.

3 Responses to In Geneve, worries about Brazilian protectionism