Posted on December 5, 2011 by Hildete Vodopives 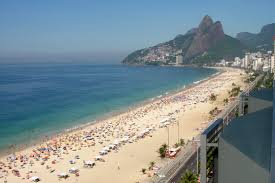 One of the good "millionaires addresses": Leblon in Rio

The Latin America Private Banking conference brought  attention to the wealthier individuals in the region and Brazil is the beetle. Forbes highlighted that Brazil makes “19-millionaires-a-day” and the country is seen as a huge opportunity for private banks, although 70% of the country’s wealth is concentrated in Sao Paulo and Rio de Janeiro. Statistic was measured by taking all of an individual’s wealth into account, including investments, property, savings and other assets in addition to cash.

Brazil has 137,000 millionaires and  some 30 billionaires according to Forbes’ 2011 World Billionaires’ list.

Hildete de Moraes Vodopives is founder of Brazil Global and of the Harvard Strategists Group. She is a fellow researcher of the Centre Roland Mousnier at the Sorbonne University and a member of the Brazilian Investment Analysts Association (APIMEC-Rio), where she served as Corporate Relations Director and later, on the board. Hildete advises companies and investment agencies in international business development.
View all posts by Hildete Vodopives →
This entry was posted in Brazil, Life and tagged Capgemini, Forbes, Leblon, Millionaires, Private Banking. Bookmark the permalink.