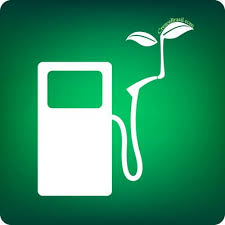 Brazilian economical and energetic development are everyday more impressive. Today this big country is the second biggest Ethanol fuel producer in the world. This fuel is a derivative from sugar cane.

36 years ago, Brazil started a brand new energetic policy with the Pro Alcool program in 1975.

At launch time, this program had two main goals:

The launch of the Ethanol Policy changed deeply the country. Sugar cane crop moved from North historical regions to the South [3]. Rio de Janeiro State and especially Sao Paolo State hosted the biggest sugar cane fields in Brazil as well as the highest technologies. Here is where the biggest part of ethanol is produced yet today.

Nevertheless, during the 80s and the 90s this ambitious program became obsolete. Economy difficulties and the decreasing price of a barrel of crude alcohol [4] made ethanol less and less profit-making. Gradually, brazilian farmers quit ethanol production for something more paying like sugar. Alcohol production decreased and it was everyday more difficult to obtain supplies. Consequence of this lack of ethanol was a loss of trust into the program itself, which has been abandoned for some time…

The introduction of “flex-fuel” cars [5] in 2003 and their immediate success allowed Brazil to relaunch the program. The customer can now choose between ethanol fuel or oil fuel (flex is the short form for flexibility) and this is the strength of “flex” motors as the choice can be made on the price or availability basis. Furthermore, ethanol price in the brazilian market is always cheaper comparing to the oil price in order to warrant its use.

Brazil is nowadays extremely competitive as a new energy. In the alcohol field, about 800.000 people could finally find a job. Ethanol fuel is becoming the third energy of the country following oil and hydroelectric. Ethanol exports raised since 2004 and technology transfers are increasing between Brazil and Africa.

Nevertheless, despite of the national success, since 2004 Brazil is facing  disapprovals and protests asking a reform of its Energy program.

But I will be going into this subject in depth in the second part of this article.

[2] This agreement has been signed in 1948 between the US and 24 big sugar producers as Brazil. In 1970, US decided to abandon the Sugar Act. Brazil, main sugar importer in the US, suffered a big shock.