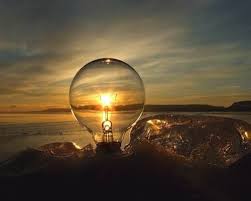 China Three Gorges Project Corporation (CTGPC) and Brazilian  Furnas  signed a cooperation agreement to develop projects  in the renewable energy business. The plan is to work together not only in Brazil and China but also in the rest of the world.

“The intention is to make Furnas the main agent in Eletrobras’ internationalisation process as the company has vast knowledge of electricity and is one of the most important players in renewable energy production in Brazil,” said Flavio Decat,  chairman of Furnas, a company under the state controlled energy holding Eletrobras.

The deal states that projects in Brazil will be coordinated by Furnas and CTGPC will be a minority shareholder in the new company. If the project is in China, the companies trade seats. The Chinese state company will be the head and Furnas will sit on the “minority shareholder” chair.

CTGPC focus on large-scale hydroelectric projects, as well as on wind and solar power. The company built one of the largest hydroelectric facilities in the world  on the Yellow River, in China.