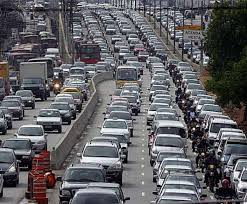 Carmakers Mitsubishi, Fiat and GM have announced plans to invest in Brazil in order to boost sales in the next years. According to Bloomberg, Brazilian carmakers produced a record 3.6 million vehicles last year, a 14 percent increase over 2009. Production growth may slow to 1.1 percent this year, Cledorvino Belini, president of  the carmakers association, Anfavea and also head of Fiat in the country.

Mitsubishi aims to grow its share of the Brazilian auto market to 2 percent in the next four years. Last year, it sold 46,000 vehicles to capture 1.3 percent of the market. The company will invest about $638 million.

Fiat will invest 3 billion reais as it seeks to sell more than 1 million cars in Brazil by 2014, Chief Executive Officer Sergio Marchionne said in December.

GM’s Brazilian unit aims to increase production at its Sao Caetano do Sul plant to 280,000 vehicles a year by 2012, Jaime Ardila, president of the company’s Latin American operations, said in March. Ardila previously said the company will invest 2 billion reais this year in Brazil.