A foreign impression on Brazilian attitude about upfront fee 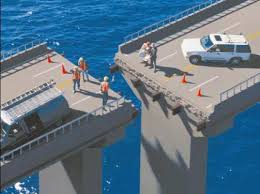 Different atitudes toward money can become an issue when negotiating a deal.

When doing cross culture business, some things become very important. Fees are one of them. The modus operandi in each culture varies substantially.

The question of upfront fees can become an issue that will interfere in the deal itself. If things are not clear, it can simply soar. That is particularly true in Brazil.

In an All Business article I found an interesting note to Brazilian attitude on the matter. ” I was in Brazil recently and the prospective client really drilled me about fees and commissions.  He was focusing in on the flow of money and where the incentives would be in my firm.  That rarely happens in the US, but it should.” So I was a little surprised (and pleased) by this article.

My take is that, for better or worse, Brazilians are not so simple to get. In general, we don’t mind talking about money out loud (as I think Anglo Saxons some times do.. it comes to my mind the costume of writing a proposal in a piece of paper and handing it to the other party,) but on the other hand, many Brazilians might have trouble in saying what they want clearly. Anyway, there is room for debate! My consulting experience shows that sometimes you just need to read between the lines. Cultural issues are getting in the way all the time.. would you agree? Please share your comments and experience!

Hildete de Moraes Vodopives is founder of Brazil Global and of the Harvard Strategists Group. She is a fellow researcher of the Centre Roland Mousnier at the Sorbonne University and a member of the Brazilian Investment Analysts Association (APIMEC-Rio), where she served as Corporate Relations Director and later, on the board. Hildete advises companies and investment agencies in international business development.
View all posts by Hildete Vodopives →
This entry was posted in Article review, Brazil, Business and tagged fees, M&A. Bookmark the permalink.