Deutsche Bank bankers recently gave a briefing on the Brazilian cross-border  M&A market to the Financial Women’s Association of New York. Joel Roberto’s analysis pin points key facts both in the stock market and M&A deals activity. Patti Domm’s  article about it is very concise and interesting. I skim my highlights below. 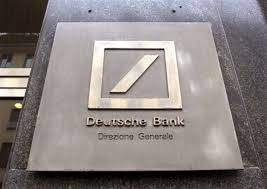 Liquidity and have low debt

“Brazilian companies had actively pursued local or Latin American regional acquisitions during the financial crisis in 2008 and 2009 as local equities prices cheapened, but now they are looking further a field. For instance, Petrobras has analyzed potential transactions including in the U.S. and Europe and continues to do so in exploration and production and refining, according to Waldo Perez, head of mergers and acquisitions, Brazil for Deutsche Bank.”

Vale is the biggest iron ore producer in the world, and it made headlines this week after it replaced its CEO with a candidate analysts see as more supportive of efforts by the government to have Vale invest in domestic projects.

Brazilian companies are on the move, just as global M&A has picked up. This week alone the trend showed signs of surging, with a $6.5 billion bid by China’s state-owned Minmetals for Canadian-Australian Equinox Minerals. Japan’s Sumitomo Light Metal Industries led a group to buy BP’s Arco Aluminum for $680 million.”

Land is getting expensive in Brazil

“In a series of meetings in Brazil this week, it was clear that companies in Brazil are concerned that land is getting pricey and they are in a scramble for resources that continue to get more costly. Some prime real estate has risen as much as 40 to 50 percent in the past year.”

“Foreign companies in Brazil, looking to do deals, are seeking strategic stakes in a country that has strong growth and a rising middle class.  Brazil is also expected to spend on an infrastructure development boom, ahead of the 2014 world cup and 2016 Olympics in Rio de Janeiro.

The M&A play in Brazil, however, is also heavily aimed at the future growth of that expanding middle class. It is estimated Brazilian consumption will reach $1 trillion by 2013.

At the same time, the pull back by Brazilian companies in the domestic M&A market may be indicative that they see a market that has gotten too high priced for now. They are also watching the rush by Chinese companies to lock up resource agreements, a concern to some but a boom to the country which now has China as its fastest growing trading partner and biggest importer of Brazilian iron ore and soy beans.

Outside of  Brazil, companies are angling for ways to capture some of its growth.  Just this week, Belgian Solvay made a more than $4.8 billion bid for French based Rhodia, which has substantial local assets in Brazil and China.”

Stock markets in a holding pattern

“Brazil’s stock market  has underperformed this year, falling 1 percent  in the first quarter . “The U.S. market has vastly outperformed  (in U.S. dollars) it over the (Brazilian stock market) in the last 12 months so the stock market is almost in a holding pattern,” said Roberto.”

“That has impacted IPO and M&A activity. IPO activity has also slowed after last year’s $60 billion Petrobras IPO, the largest global IPO ever . There have been just five IPOs in the Brazilian market this year, but funds that have been selling emerging market stocks like Brazil in the last year are holding cash anticipation of IPO activity.”