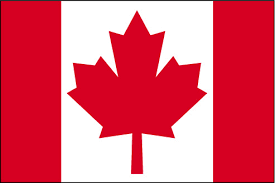 Opportunities in Brazil for Canadians. That is what brings us the PwC new report.  A number of emerging deal drivers suggest that transacting with Brazil will be a promising new frontier for Canadian dealmakers.

“The time is right for Canadians to step onto the world stage to capitalize on a global economic realignment that is taking place, or we risk being left behind. Brazil, among other developing economies, presents a compelling investment case. PwC is forecasting that Brazil will achieve over 7% economic growth this year, eclipsing rates of all other developed nations. By 2050 we expect Brazil’s economy, measured by GDP, to outpace all other G7 nationals except the U.S.,” says Kristian Knibutat, PwC’s National Deals Leader and co-author of the report. “Our macro team has forecast that Brazil’s GDP will overtake that of Italy in 2017, rank higher than the UK in 2023, pass France in 2027, Germany by 2032 and Japan by 2044.”

While foreign direct investment between Brazil and Canada has grown rapidly over the last decade, there has surprisingly ben a lack of merger and acquisition deal activity between the two countries.  During the last 10 years there have only been 70 announced acquisitions of Brazilian companies with total value under $3 billion.  Activity has been highly concentrated among a small group of financial service, asset management, resource and mining companies, the report indicates.

Brazil, like Canada, is extremely well positioned to provide the world with the three basic building blocks of industrialization—energy, food and resources, the report says.  There are opportunities in financial services, retail and consumer and industrial sectors.

Early stage ventures are currently the most highly attractive takeover targets, although middle market deals are set to rise. Deals with undisclosed values or values less than $100 millionrepresent 84% of 2010 activity.

[ PwC’s Shifting Centre of Gravity: Mergers and Acquisitons in Brazil – A Canadian Perspective, is available at www.pwc.com/ca/brazildeals
PwC’s The World in 2050 report is available from this link http://bit.ly/9BJnay ]