Land of opportunity and of solid financial institutions, more international execs are considering moving to Brazil. I could name some cases in my network. People from the US, France and England taking the move to live in Brazil on account of business opportunities.

Recently, EFinanceCarreers compiled a number of reasons to emigrate to Brazil. Actually what draws the attention of this London based carreer website is that top international companies such as UBS, Morgan Stanley are hiring in Brazil. M&A boutiques are also being formed and mega private equity firms like Carlyle Group have been investing in the country consistently for some years now. Everything indicates that this is a place to send your cv. 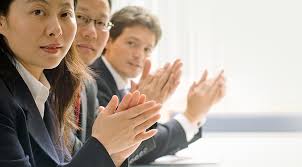 Sarah Butcher, columnist of EFinanceCareer recognized that there have been a lot of talk about moving to Switzerland or Asia, but not quite about Brazil. An omission

Reasons why you should be emigrating to Brazil

Here’s why you should be honing your Portuguese.

1) UBS is rebuilding in Brazil

2) Brevan Howard has gone to Brazil

It is no longer necessary to work for Alan Howard in London or Switzerland. Last month, Brevan Howard opened a Brazilian office that will be focused mostly on research. The Financial Times points out that trades in Latin American bonds and currencies have, ‘contributed significantly’ to profits at global macro funds this year.

Recent research suggests there are now five $5bn hedge funds in São Paulo and Rio de Janeiro; last year there was one.

3) M&A boutiques are hiring in Brazil

The former head of Citigroup in Brazil has set up BR Advisory Partners Participacoes SA, an M&A advisory boutique. He recently told Bloomberg that he plans to hire 55 people.

Actis, an emerging markets buyout fund, Apax Partners and Carlyle Group, have all done their first deals in Brazil this year.