Economic historians from around the world met in Kyoto from 3 to 7 of August. As a major event, it is a good thermometer on what is driving the attention of the academic community. How did Brazil do?

Taking an objective approach, we realize that Brazil leads the interest in Latin America, as it would be expected but is far behind the other BRICs. Let’s see.

Brazil was the subject of 17 papers. Comparing with other countries in Latin America, Brazil was on the top of the list. Mexico came second with 10 papers and Argentina was subject of 9. However when comparing with the BRICs, Brazil falls way behind. As it could be expected, China leads, with 67 papers. India follows with 43 and Russia with 24. 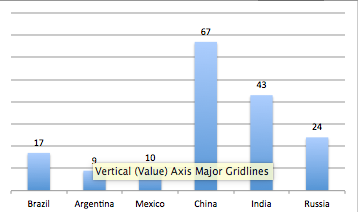 What period did they talk about

Most papers chose the 20th century but the interest in the 19th century was also remarkable. Subjects of this period were: slavery, sugar, the introduction of statistics science and the impact of German immigration in education.

Where did the papers come from

Another interesting stats is to see who is thinking about Brazilian economy. Of course, locals are number one, and no surprise in having the United States as a second source of articles. Brazil (8), the USA (3) and France (2) were the countries that most contributed with papers about Brazil. The University of São Paulo (4) is the leading source among all institutions, seconded by Paris Sorbonne University (2).

Origin of the papers 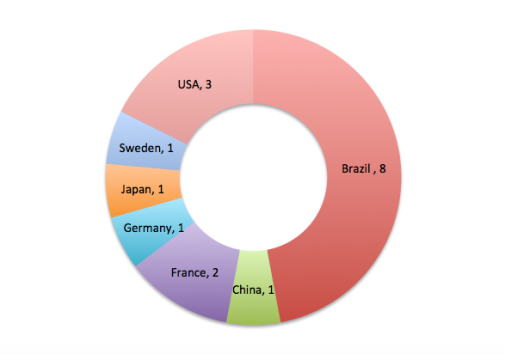 Summary of papers that had Brazil as a subject

The papers can be downloaded from the website of WEHC until de end of the month.