Posted on December 13, 2011 by Hildete Vodopives 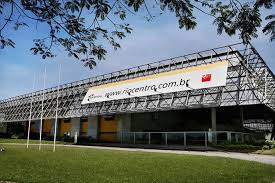 “We’re about to see a huge boom in Brazil’s electricity transmission and distribution industry, “said Teresa Hansen, DistribuTECH chairwoman on both continents.

The figures of the market

In the next 10 years Brazil will install 23,000 miles of new transmission lines–a 38 percent increase in the existing network, according to a UK Trade & Investment sector briefing. Brazil also is expected to replace 63 million electricity meters with smart meters by 2021, according to an Innovation Observatory report.

Hildete de Moraes Vodopives is founder of Brazil Global and of the Harvard Strategists Group. She is a fellow researcher of the Centre Roland Mousnier at the Sorbonne University and a member of the Brazilian Investment Analysts Association (APIMEC-Rio), where she served as Corporate Relations Director and later, on the board. Hildete advises companies and investment agencies in international business development.
View all posts by Hildete Vodopives →
This entry was posted in Business, Event and tagged DistribuTECH, energy, Innovation Observatory, Rio de Janeiro. Bookmark the permalink.