Posted on December 8, 2011 by Hildete Vodopives 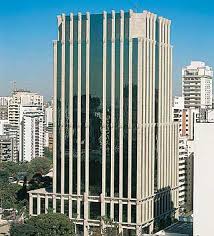 Brazilian investment bank Itau BBA pushes Rothschild from the No. 1 spot among advisers on Brazilian mergers and acquisitions.

Itau BBA supplanted other heavy international competition such as Citigroup and Credit Suisse. Itau BBA accounted for 27 deals totaling $35.4 billion, according to data compiled by Bloomberg through today.

Banco BTG Pactual is the other Brazilian bank who boosting local capacity to finance deals, once offered only by larger global lenders, Bloomberg says.

Revenue Trend is down (Thanks Europe)

Bad news is that fees for investment banks in Brazil fell this year. Comparing data through November, revenues are down to $782.7 million from $1.16 billion in 2010, according to Dealogic.

Hildete de Moraes Vodopives is founder of Brazil Global and of the Harvard Strategists Group. She is a fellow researcher of the Centre Roland Mousnier at the Sorbonne University and a member of the Brazilian Investment Analysts Association (APIMEC-Rio), where she served as Corporate Relations Director and later, on the board. Hildete advises companies and investment agencies in international business development.
View all posts by Hildete Vodopives →
This entry was posted in Business, Investment and tagged Bloomberg, BTG Pactual, Citigroup, Credit Suisse, Dealogic, investment bank, ITAU BBA, M&A, Rothschilds. Bookmark the permalink.