Posted on November 8, 2011 by Hildete Vodopives 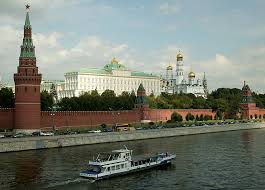 So says the Russian newspaper Moscow Times. Furthermore, to raise awareness of Russia in Brazil, the Russian business council worked a deal with Brazil’s major daily Folha de Sao Paolo to publish an insert with articles from the Russian government’s Rossiiskaya Gazeta every month, according to Sergei Vasilyev, chairman of the Russian-Brazil Business Council.

Deals on the table

Hildete de Moraes Vodopives is founder of Brazil Global and of the Harvard Strategists Group. She is a fellow researcher of the Centre Roland Mousnier at the Sorbonne University and a member of the Brazilian Investment Analysts Association (APIMEC-Rio), where she served as Corporate Relations Director and later, on the board. Hildete advises companies and investment agencies in international business development.
View all posts by Hildete Vodopives →
This entry was posted in Business and tagged Argentina, Embraer, Jornal Folha Sao Paulo, Kamaz, Russia, The Moscow Times, United Grain Company. Bookmark the permalink.