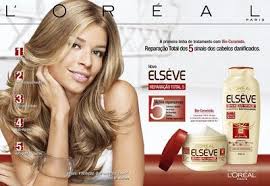 And they want more..

The French based company aims to double sales in Brazil by 2015 and add 50 million new customers there in the next decade as Latin America’s largest economy expands, said Alexandre Popoff, head of Paris-based L’Oreal’s business in Latin America at Bloomberg.

He also said that “The big part of the growth will be coming from mass-market products.” Brazil is now the company’s seventh-largest market.

Aquisitions are a possibility

The company may also buy a Brazilian brand to expand in the country, where consumers spend more per capita on cosmetics than in any other so-called BRIC nation. L’Oreal plans to use its 1.5 billion-euro ($2.1 billion) cash pile to make acquisitions, Chief Executive Officer Jean-Paul Agon said last month.

L’Oreal used the World Water Day to announce progress on its sustainable global challenge: reduced levels of water consumption at its two factories in Brazil. In Rio, the drop was 39% from early 2005 until February 2011, while in Sao Paulo, fell by only 24% in 2010, a savings of 93 million liters per year, equivalent to the daily supply of a city 600 thousand inhabitants.

Hildete de Moraes Vodopives is founder of Brazil Global and of the Harvard Strategists Group. She is a fellow researcher of the Centre Roland Mousnier at the Sorbonne University and a member of the Brazilian Investment Analysts Association (APIMEC-Rio), where she served as Corporate Relations Director and later, on the board. Hildete advises companies and investment agencies in international business development.
View all posts by Hildete Vodopives →
This entry was posted in Business and tagged Business, forecast, L'Oreal, Paris, retail, Water. Bookmark the permalink.