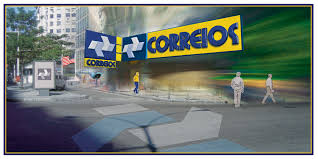 Brazilian Post Office – ECT announces its internationalization.  The goal is to  support micro and small Brazilians entrepreneurs in exporting.

ECT also aims to support the Brazilian citizens who are abroad.

ECT’s first postal code in the United States will be in Miami, Florida. The city is a traditional destination for Brazilians. The unit of ECT in Miami will be an exploration office in charge of making the first assessments for the development of the internationalization strategy.  The choice of the United States to start the process of internationalization  is due to the fact that 42% of Brazilian international postal traffic comes from Brazil’s relationship with the U.S.

“We look forward to the opportunity to meet the international market, an alternative that is part of the revitalization process that will allow the Postal Service to continue watching the economic and social development of Brazil,” said the chairman of the Post Office, Wagner Pinheiro.