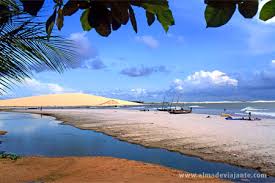 Through its programme on Globalization and Development Strategies, UNCTAD contributes to the international debate on globalization and the management of its consequences for developing countries. The programme promotes policies at the national, regional and international level that are conducive to stable economic growth and sustainable development. It regularly examines the trends and prospects in the world economy, undertakes studies on the requirements for successful development strategies and on the debt problems of developing countries.

It also provides technical support to developing countries in their efforts to integrate into the international financial system and to manage their external debt.

SOBEET is a non-party affiliated, not-for-profit, technical and scientific civil entity. The repercussions of the work undertaken during these 15 years of existence, in addition to the respectability which the entity’s initiatives have acquired have ensured SOBEET a presence in the debate regarding Brazil’s international insertion process.

APEX
The Brazilian Trade and Investment Promotion Agency’s (Apex-Brasil) mission comprehends a series of endeavours which include the promotion of exports of Brazilian products and services to foreign countries, the development of the internationalization of Brazilian companies and    undertakings focused on attracting foreign investment into the country.
IBGE (Brazilian Institute of Geography and Statistics)