If you want to study in a business school in Brazil, you should head to Sao Paulo. I see Sao Paulo as the Brazilian version of New York (with a Big Italy neighborhood and many other differences). Even an Argentinean would agree that Sao Paulo is the financial capital of Latin America. In fact, I believe that today Sao Paulo is the hottest place of Latin America to study business not only because of the quality of education but also because of the connections you will be able to do outside of school. My opinion is worth noting because I have being around in Latin America: I was born and raised in Sao Paulo and I worked in Buenos Aires, Montevideo, Asunción. 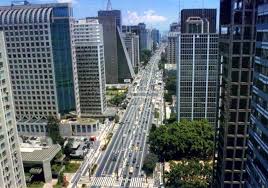 What are the best business schools in Sao Paulo?

The answer of virtually all Paulistanos (people born in Sao Paulo) would be:

Many gringos (Brazilian widely used slang for foreigners) interested in studying in Brazil argue that there is no Brazilian university well-known, or even known at all in their homeland. They fear that once they graduate all the degrees will have the same value outside of Brazil. For instance,  there are no Brazilian Universities in Financial Times ranking of best worldwide masters in management. In fact, Brazilian business universities are not well placed in any of the major biz schools rankings.

A way of proving that you received quality education is to look for international recognized accreditation, like AACSB. AACSB accreditation has been earned by less than five percent of the world’s business schools and is the hallmark of excellence in business education.

Ricardo was born and raised in Brazil but also has Italian citizenship. He holds a bachelor’s degree in business management from Fairleigh Dickinson University. This erratic blogger is a master candidate in Paris at ESCP-Europe, but presently in a gap semester. He speaks five languages and has worked as project manager for Bolloré Group in Guinea Conakry, West Africa and as agricultural commodities trader for Noble Group in Switzerland, Hong Kong, Argentina, Paraguay, Uruguay and Brazil.
View all posts by Ricardo Geromel →
This entry was posted in Brazil, Business and tagged AACBS, Business Schools, FGV, Financial Times, Insper, masters in management, ranking, Sao Paulo, USP. Bookmark the permalink.

13 Responses to The Best Business Schools in Sao Paulo