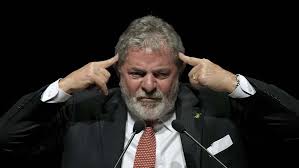 Brazil’s charismatic (now ex) president Lula has been perceived as a great leader worldwide. Obama called him “the man” and Fidel Castro ” dear comrade”; in Brazil, after 8 years in power, his popularity rate was above 80%, demolishing the theory that being too long in power diminishes public approbation. Nonetheless, time will tell us whether the world’s current perception of Lula’s mandate is a misconception. I can only offer you facts:

The main positive highlights of Lula’s era were:

–       In the political front, Lula did not try to run for a third mandate, which is against the Brazilian constitution and would force an institutional crisis.

During the Lula Period, Brazil presented a lower annual GDP growth rate than the average of the Latin America continent ( 4,% against 4,64%). Only Mexico, with 2,1%, is below Brazil in the area.

In an article to the Financial Times, Martin Wolf registers that, from 1995 to 2009, from Fernando Henrique to Lula, Brazil’s participation in global GDP actually went down from 3,1% to 2,9%.

Regardless of the growth in total exports, Brazil’s weight in global trade is still a little higher than 1%.  One of the main reasons was the anti-Americanism feeling that drove our foreign policy, focusing in “South- South” relations.

Brazil presents 10,75% of interest rate. Brazil is the world leader of real interest rate (after deducting inflation): around 5% per year. By comparison, the world average is about 2% even among emerging economies. The most obvious reason for such high interest rates is the continuous growth of public spending.

I have not even mentioned the decadent legacy that Lula left in some fundamental areas such as infrastructure, education system, tax structure, labor laws and others. Even though some progress was made, it is clear that the so waited future has not yet arrived for “the country of the future.”