Under the leadership of President Luiz Inacio Lula da Silva, Brazil opened 62 diplomatic and consular representations around the world – another 17 are in the process of opening. The country currently has 212 posts. Many of them have no relevance in the international political and economic landscape. However, they are part of a strategy of this government, which has prioritized relations with African nations and emerging economies. During his 8 years as Brazil´s president, Lula visited 85 countries,  27  were African nations. Fernando Henrique Cardoso, Lula’s  predecessor visited only 3 African countries during 8 years in power. 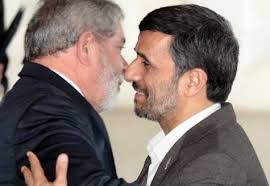 A second feature of Lula’s government foreign policy is the attempt to mediate conflicts in distant regions. In July, Foreign Minister Celso Amorim was in the Middle East to try to get involved in talks on the peace making process in the region. Months earlier, Palestinians and Israelis had already dismissed any kind of Brazilian intrusion in their extremely complicated conflict. Iran has also entered in the Brazilian agenda. Brazil tried to endorse an agreement intended to ensure Iran´s access to enriched uranium for medical purposes. No nation, except Turkey, accepted the treaty. World leaders fear that the dream of Mahmoud Ahmadinejad is to, in his own words, “wipe Israel off the map” – and nuclear weapons could be means to that end.

At another point, Lula failed to rebuke the oppressor ruler of Iran on issues related to human rights. This was the case of Iranian Sakineh Mohammadi Ashtiani, accused of adultery and condemned to death by stoning. Lula only offered asylum to Sakineh but did not publicly criticized Ahmadinejad. Tehran refused to send her to Brazil, stating that there was “no need to create problems for the Brazilian president” and that “[President Lula] is a very humane and emotional person who probably has not received enough information about the case.”

Besides Ahmadinejad, Lula ends his tenure with a list of at least eight “dictators-friends.” The last one to be graced with such tittle was Teodoro Obiang Nguema Mbasogo, President of Equatorial Guinea, during an official visit in July. Praising dictators rather than ensuring human rights is bad for Brazil´s external image. However, it seems to be an integrant part of Itamaraty’s strategy to get Brazil a permanent seat on the UN Security Council.

We wonder about how Dilma will deal with dictators. Should we expect a more ethical foreign policy?